The classic fairground ride, our set of Gallopers is a favourite with children and adults alike 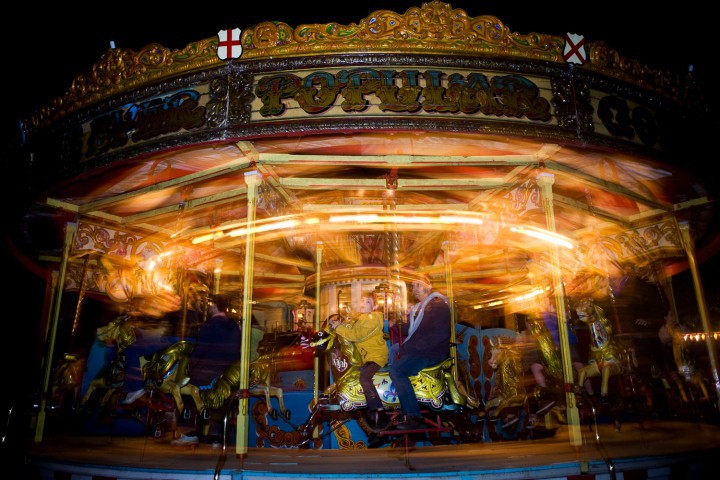 The most popular of all fairground rides, the Gallopers roundabout is also known as a Merry-go-Round and on the Continent and in the USA as a Carousel (although these actually run in the opposite direction). 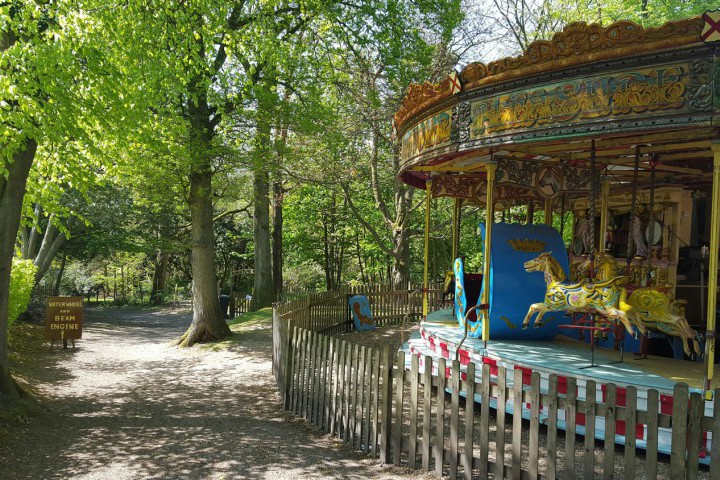 Our example is a 3-abreast Steam Gallopers, built around 1912 by Tidman of Norwich, with 24 horses, six cockerels and two chariots for those who don't relish the galloping motion. It is driven by a steam centre engine, also Tidman, and the revolving pillars, which we believe are the only ones still operating, are driven by a Tidman organ engine.

Many versions of these rides have been produced over the years with a variety of animals, including pigs and ostriches, but generally as a roundabout with galloping horses.